Te Kaha Gold aims to accelerate whānau training and employment as it looks to expand its thriving kiwifruit business. The 6 East Coast ahu whenua trusts haven't looked back since collectively planting the first gold variety kiwifruit seedlings on their whenua 20 years ago. 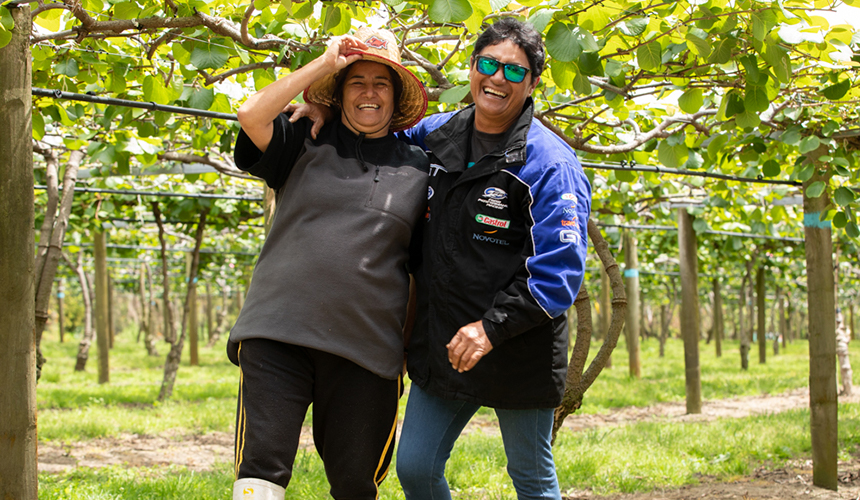 Te Kaha Gold is made up of six ahu whenua trusts that each farm gold variety kiwifruit orchards on 80 hectares in Te Kaha and Ōmaio.

Currently, the Te Kaha Landowners Group (TKG) are looking into how to further support the growth of their business.

TKG General Manager, Piripi Jennings, says “As we crystallise plans in the next five years, I think the opportunities are just going to grow tenfold. We want to develop an extra 100 hectares of high-value kiwifruit here in Te Kaha."

“You combine that with developments in Ōmaio and Raukokore, then across the east coast and Te Whānau-ā-Apanui, there should be in excess of seven million trays of fruit. This will be more than enough to build our own pack house and create other opportunities.

In preparation for this, TKG are looking into:

To get this mahi underway, TKG applied for funding from the Provincial Growth Fund (PGF) — which is in place to help grow economic development in the regions.

In May 2019 TKG received an initial $370,000 grant towards this mahi, with the PGF committing a total of up to $13 million to see the project become a reality.

Haki McRoberts is TKG’s chairperson. He has always lived in the Te Kaha area but his boyhood memories of the land are very different from the productive orchards he works on today.

“There were no fences so stock wandered from one paddock to the other. It was full of blackberries and everyone had to go around cutting down the blackberry and ragwort bushes.”

Haki adds that paying rates on land that was not earning money was another burden.

“We just carried on year after year not paying rates. Now that we’ve got into kiwifruit – hey, the land is making the rates no problem,” he says.

Bringing the whenua to life

The kiwifruit business started 20 years ago when investors from Opotiki convinced the landowners they would get good returns from developing their whenua into kiwifruit orchards.

As Haki McRoberts tells it, at first they were sceptical because of false promises they’d been made in the past. That feeling changed as it became apparent this was a genuine joint venture partnership. Soon the benefits began to roll in.

At the time, the owners– the six ahuwhenua trusts – operated separately but were united in wanting their whenua to deliver not only financial profit but also on-going jobs and training. Communities in the area are relatively isolated and full-time employment had not been an option for many whānau for several generations.

The TKG partnership was born out of this shared kaupapa of hand-in-hand whenua and whānau development. 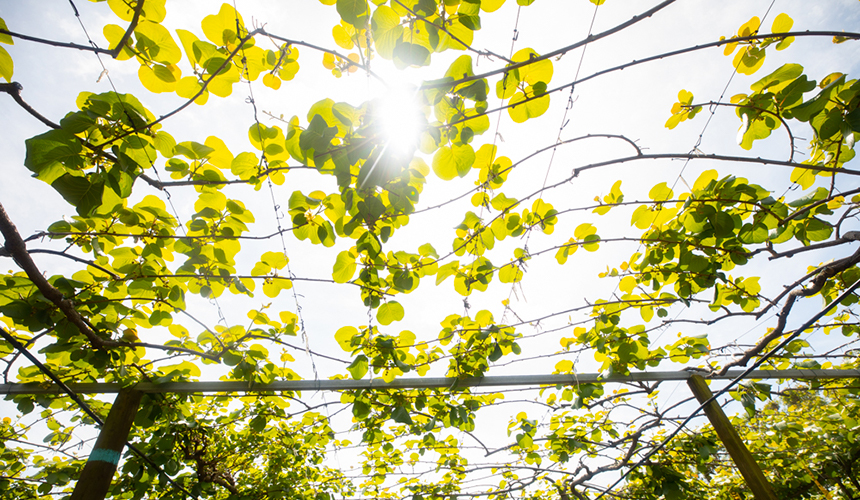 One of the orchard managers, Ray Karauria, says a key to the group's success is exceptional leadership.

“As long as they’re showing the way it becomes easy for us to carry on their vision. They’ve done a great job to get us to here. All we’ve got to do now is pick up the kaupapa they’re on and keep going forward,” he says.

For another orchard manager, Royce Hou, and his whānau, going forward has meant coming back home.

He wanted his tamariki to know where they were from, their tikanga and reo. Starting off as a kiwifruit worker Royce went to the Bay of Plenty polytech to upskill himself, became a trainee manager on the orchard, then a manager.

“A lot of people were apprehensive about going back to school, a lot of us hadn’t done any training since we left school. We were the older generation but we got together as a group and helped each other through,” he says.

As the whole team progressed through the courses Royce says the rest of the community looked on and saw that most of them went on to supervisor or management positions in kiwifruit and other areas.

“The course is not that hard. We come from a growing region, we’ve always grown something and this is teaching our people how to grow with the scientific side as well.”

Haki McRoberts shares the determination to encourage whānau into training.

The biggest things they had to change were attitudes to the value of education and confidence in their own abilities.

“Now we’ve got our own supervisors, our own leading hands and all the labourers we bring in from the outside, we employ them. We do the top jobs, they do the labouring jobs for us,” says Haki.

The sky’s the limit

From the first seedlings planted 20 years ago to a thriving business with orchards, a spraying company and a now a nursery, TKG is creating opportunities right along the coast.

If expansion proves viable its implementation could be life-changing for the communities of Te Kaha, Ōmaio and Raukokore, providing year-round employment for up to 175 people over three years.

“It’s really about lifting the wellbeing of our people, creating employment, housing. That’s our aspiration and our dream.”

Te Kaha Gold is a partnership of 6 ahu whenua trusts on 80 hectares of land in Te Kaha. The kiwifruit enterprise is bringing whānau home and creating a future for their uri.

Hoani Kerei – Overall Orchard Manager: I was born on the land right here. This used to be a dairy farm in my young days. This land was conquered in the old days by Te Whānau-a-Te-Ēhutu and my tipuna, Wharengaio got these two blocks here – 9B and 67. And he had two sons, Te Ahiwaru who signed the Treaty of Waitangi for Te Whānau-ā-Apanui and his brother Te Mangokaitupua. That’s why we have two blocks side by side.

Haki McRoberts – Chairperson, Te Kaha Landowners Group (TKG): When we first started you know, a lot of people came in. We looked at it for about 10 years and we said something’s wrong here – they are the bosses, and we are the labourers.

Piripi Jennings – General Manager, Te Kaha Landowners Group (TKG): With Te Puni Kokiri the support we’ve received has largely been around development, and sort of design and implementation flows of different projects that we’ve had going. The first one was around our pilot nursery Te Heriko.

Te Ataarangi Parata - Nursery: It’s a big family, it’s a big whānau with the nursery, the orchards, the spray shed so we are just a whole family working together as one.

Haki McRoberts: The other good thing about it we get a lot of money from kiwifruit, but money’s not everything. We try to keep our people employed.

Royce Hou – Orchard Manager: Eleven years ago I brought my family back to Te Kaha. I started off in the kiwifruit as a worker and then as a supervisor, decided to go on the Bay of Plenty Polytech training to upskill myself. Being here and helping our people grow has actually provided an opportunity for my children to have something to come back to.

Ray Karauria – Orchard Manager: TKG have got that structure in place and are able to facilitate the whole thing going forward and really with that leadership the sky’s the limit with what TKG can achieve going forward.