In 2009, 4 Taranaki ahu whenua trusts came together to form one large farm. 5 years later Te Rua O Te Moko Ltd. won the Ahuwhenua Trophy for excellence in dairy farming. A commitment to kaitiakitanga towards whānau and whenua steered the 4 trusts on their journey together. 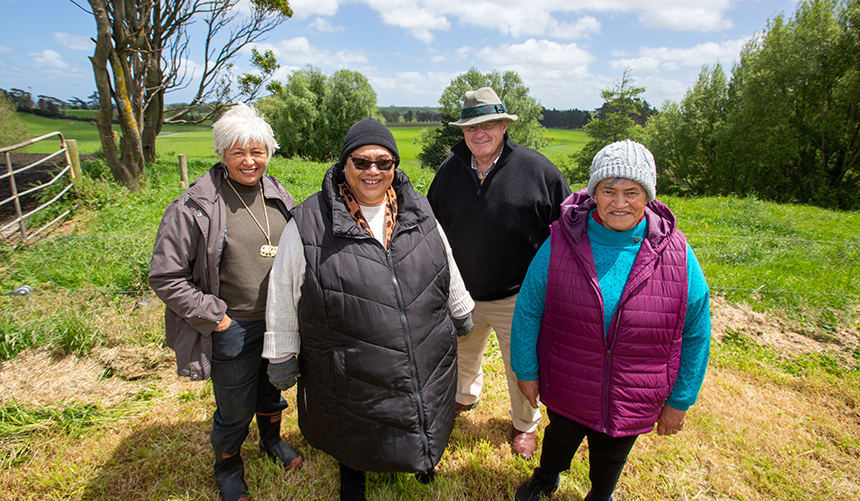 “That was massive for all the whānau,” says the chairman Dion Maaka. “We got a lot of owner involvement and that was part of the reason we won.”

It was an important marker of success at the end of the journey to combine four ahu whenua trusts into a 190 hectare joint venture dairy farm.

“We had three busloads of supporters of this whenua (at the Awards), and to see their faces when the farm was announced as a winner was just priceless.

“It truly showed the united front of a bunch of passionate owners who were rewarded for their courage and conviction in establishing this farm.”

Getting down to business

Combining their resources 10 years ago was the beginning of a new era for the 1,100 landowners. They went from leasing out their whenua to running an active enterprise where they were making the business decisions themselves.

Te Rua O Te Moko collectively milks 495 cows targeting production of 385kg milksolids per cow. They also run a training programme for young would-be farmers, and are at the forefront of a greenhouse gas emissions project.

Each ahu whenua trust holds shares on a pro-rata basis and elects a board to govern the affairs of the farm. This structure allows the land to be utilised while remaining in their ownership.

Daisy Noble, who was the Ngāruahine negotiator for the iwi settlement, is a trustee of the block Te Reo O Te Moko 2B. At first, she was unsure of what a collective approach would mean for her whenua.

“It’s almost like handing on a part that you’ve been made responsible to look after and suddenly you have to look at ownership in a different way.

“Our block didn’t start off being totally supportive. But time and understanding of the wider context makes you more comfortable and you know you can create a bigger vision together.

“This is a start of whenua being returned the way it should have been – back to a hapū way of looking at land ownership,” says Daisy.

Te Rua O Te Moko collective is made up of 5 individual land blocks. 3 are under the governance of Te Tumu Paeroa, and 1 is governed by whānau under an ahu whenua trust. The fifth land block is leased from the Office of Treaty Settlements.

“One of the key things in the (Te Rua O Te Moko) journey is the acquisition of this particular land. It’s the last block that’s going to be available to us to bring back into the fold,” Daisy says.

The block has cultural significance. Daisy says it's where her hapū’s marae was situated before confiscation in the 1860s forced them to resettle on the other side of the Waingongoro River.

If Te Rua O Te Moko gets the opportunity to purchase the fifth block it will mean sacrificing owner dividends for a few years. 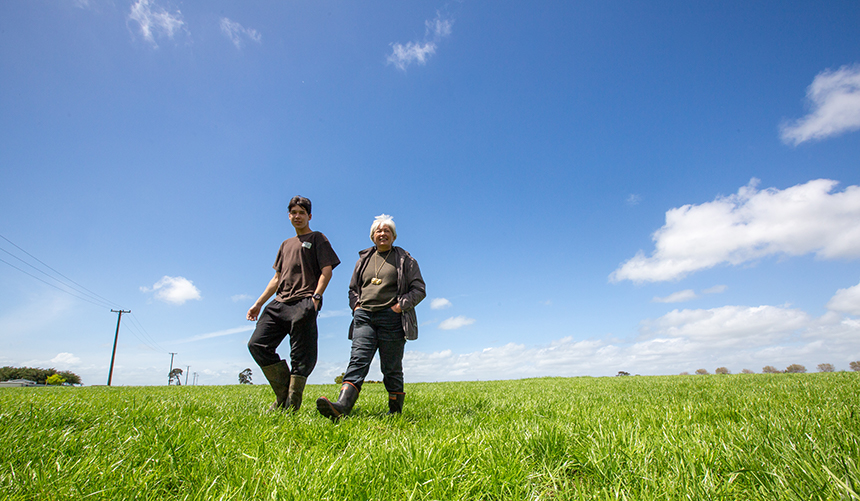 Sharing financial risk is not a new challenge for the collective.

After the 4 ahu whenua blocks were pulled together, a new water system had to be installed. Paddocks were resized, re-grassed and fertilised. The next big expense was moving from 50/50 share milking to owning their own cows.

Judges of the Ahuwhenua Award praised the farm for its “good grasp of the financial aspects of the business” and “top end governance” through a diverse board and an independent director with strong expertise in the dairy industry.

The involvement of whānau is the most critical success factor as the venture moves towards complete autonomy.

“But I expect that over the next 10 years they can be exited from this venture.

“The next logical stage is for the landowners to have complete governance and management control of their lands. They will need to receive the right training and support because managing land with multiple owners is really complex and expensive.”

Looking to the future

The collective is preparing for that future.

Land Based Training equips uri and other young people with the skills to kick-start them into the industry. Every year each of the 8 fledgling farm staff find jobs or stay to help develop the farm.

“Our kaitiakitanga goes beyond managing our waterways and effluent,” says Dion Maaka. “It extends to our people.

“Looking through the owners’ lens, I would love for our people to be operating this farm, to be the next managers and governors. That’s really kaitiakitanga in its truest form for me.”

In 2009 four Taranaki ahu whenua trusts came together to form one large farm. Five years later Te Rua O Te Moko Ltd. won the Ahuwhenua Trophy for excellence in dairy farming. They now milk 500 cows on 175 hectares and are training uri for the next stage of the journey.

Daisy Noble: My name’s Daisy. I am one of the trustees of one of the four blocks of the farming venture that we have here.

When the four blocks were collectively pulled together, in its own way that is the start of whenua being returned the way it should have been back to a hapū think or a hapū way of looking at land ownership.

Anne Marie Broughton: We went through quite a lengthy process of developing a vision for Te Rua O Te Moko in conjunction with the owners. There were some key owners that took part in that at the time.

And then you’ve got to really try and lead them down that whole very, very complex pathway of bringing it all together.

Daisy: Time and understanding what that could mean in the wider context, it just makes you more comfortable and you know that you can create a bigger vision by coming together like that.

Anne Marie: In terms of Tino Rangatiratanga you know we want to be encouraging our people to be governors and managers of their own land.

Dion Maaka: We always look to utilise best practise methods in terms of our waterways, our effluent management etc. I think for our operation kaitiakitanga extends to the people as well.

Kendrin Graham: I’m Kendrin Graham, I’m 18 years old and I’m from Taranaki. I work, well I do land based training. I did leave school when I was 16 turning 17 so I decided to go on the farm.

Since I’m a townie I feel honoured. This farm’s been here for like how long? Like yonks!

Dion: I always look through the owners’ lens when we’re managing, when we’re governing this operation. I would love for our people to be operating this farm, to be the next governors, management etc. So that’s really kaitiakitanga in its truest form for me.